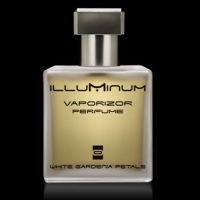 When the new Duchess of Cambridge walked down the aisle on April 29, the best-kept secret in fashion was finally revealed.

It was the most anticipated dress of the century, and it did not disappoint.

After weeks of speculation, Kate Middleton's very British wedding dress has been revealed.

Designed by Sarah Burton of Alexander McQueen, it has a lace appliqué bodice and skirt, and veil. The bride wore her hair down, with a tiara. The ivory satin bridal gown was decorated by hand with lace appliqué flowers and it cost was estimated at £250,000.

As opposed to the average U.S wedding dress cost of about $1,000, very few of us would be able to afford such a wedding dress.

But while the world cooed over her Alexander McQueen gown, the perfume industry's noses were buzzing about what scent Catherine chose for her big day.

Well, formerly unknown. The brand has now became a star with the princess in us who are competing to buy and wear the much more affordable fragrance favored by Kate.

Every one of the 50ml bottles in stock was sold within moments of the news breaking, and a two week waiting list has formed. Kate's £70 wedding day fragrance sells out as fans worldwide snap up last bottles.

“There’s a phenomenal response in the whole world, Illuminum spokesman Michael Donovan. “Orders have come in from dozens of different countries, but most of our customers have come from the U.S. It's charming to think that so many people abroad are interested in the wedding.”

Illuminum brand was founded in 2007 by a former celebrity stylist Michael Boadi. He previously hairdressing stars including Kate Moss and Naomi Campbell before launching its first line of perfume, named Boadicea The Victoriuos.

The first success was when a former client Michelle Obama bought three fragrances Boadicea The Victoriuos in 2009 and after that Illuminum brand was born.

The fragrance is described as a unique scent as being "as fragrant as a vase of flowers, quivering in the breeze by an open window."
The perfume contanis floral top notes of Lily, a heart of White Gardenia, Muguet and Jasmine, and base notes of Amber Wood. It is available to buy online at rouillierwhite.com, for £70.

Click here to leave your message to the couple on their wedding book.

0 #1 plumlady 2012-12-24 23:57
had had a sample of this from the store - it is a very pure gardenia - the single note and the best single note gardenia. It is not for everyone but i can see why kate chose this - it is not overpoering in an annoying way - in fact not in any way it is a gorgeous scent that lasts all day - stays true and does not wear off - it smells wonderful. definitely the right choice for a bride.
Report to administrator
Refresh comments list
RSS feed for comments to this post
JComments
back to top

We have 4586 guests and one member online