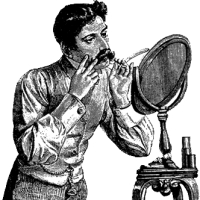 Three Electric Razors, a Manual Razor and a Styler
Rate this item
(4 votes)

This is going to be a slightly strange mix and match trial of the various razors I use plus the styler which I've never tried before. The three electric razors' usage (I'll explain why three later) range in age from five years to a few months. Then there is a manual razor for comparison and the Gillette Styler that I'll be trying for the first time.

The picture is off the latest one but mine doesn't have the fancy self clean system or the display. However, it features exactly the same cutter block and foil. This is the most expensive razor in the test and will set you back nearly £300.00 with the replacement cutter block/foil costing you £34.00. 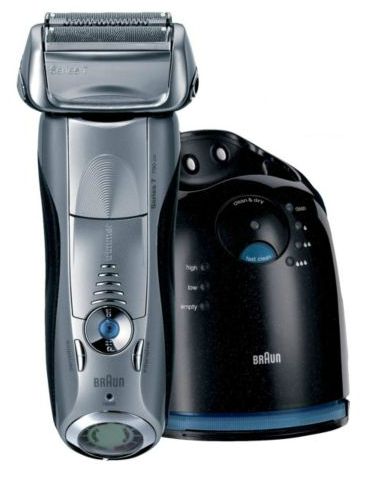 So why this one given the price?

I use this as my main everyday shaver and I really like the way it works. There are two settings: Sensitive and Intensive. I use the sensitive mode but I really don't know what the other one actually changes, except the noise. It's clearly less harsh on my skin but it still produces as good a shave. This shaver is very easy to use and feels good in the hand. You can clean it under the tap but it isn't waterproof (look at the Braun Series 3 - 380 Wet and Dry Electric Shaver next for that).

The trimmer isn't very good as it's not too easy to use and it's harsh. Even after a few years I can still get a week out of the razor before I have to recharge it.

The cutter block and the foil are a single unit for this razor which means that you have to replace both at the same time. The razor reminds you when you need to do this (about 18 months) and also tells you if they need a clean. None of this is perfect but it's pretty reliable.

Overall, it's a great workhorse razor. Expensive at full price but it's often at half price in Boots and other stores.

"Thanks to the improved Triple Action FreeFloat System, increased motor speed and new SensoFoil, the Braun Series 3 - 380 Wet and Dry Shaver not only delivers better shaving but it can even be used in the shower and with foams and gels." 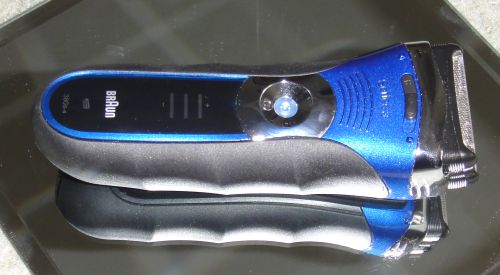 I needed another razor as I travel frequently and I also wanted something that wasn't as expensive as the Braun Series 7 Shaver but still good. I happened to see this one in Boots for half price and fancied the idea of a razor that could be used in a shower.

In comparison to the Series 7, this one is definitely less solid, both in feel and in reality. However it's quite good in use. Again there are two settings: One for a sensitive shave, and another for a more intensive shave. This time it's very easy to notice the difference between the two as the shave is not the same. Unlike the Series 7, the results are okay rather than good, but it's perfectly adequate.

The option to use the razor in the shower with shave foam is very nice, and a good alternative, but in reality I've never seemed to get a good result that way. Update: in the shower this is true but... if you use this razor with shave foam infront a mirror like a normal razor it works really well. I've definitely changed my mind on this one.

Again the foil and cutter block are one unit and are replaced together. The razor reminds you when to change the unit, but I haven't had it long enough to know how long it will last. Once again the trimmer is again not very easy to use and a little harsh, but wider and better than the Series 7 one.

A good razor but not as effective as the Series 7.

This one is the oldest shaver I have and it's probably been upgraded a few times by better models. The most recent version is called the Braun Mobile M90 Electric Shaver and costs £18.00. It has the following advantages:

"The Braun Mobile Shaver M90 now comes complete with Braun’s trademark SmartFoil™ Technology, meaning it’s even easier for men to stay smooth on the move. This stylish grooming accessory is fully washable under running water for ultimate convenience. It fits in every pocket, making it perfect for quick touch-ups on the go." 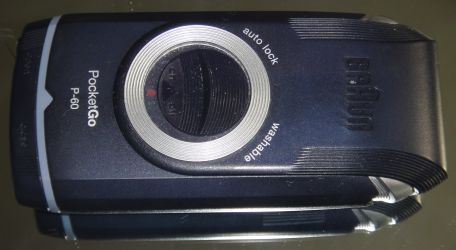 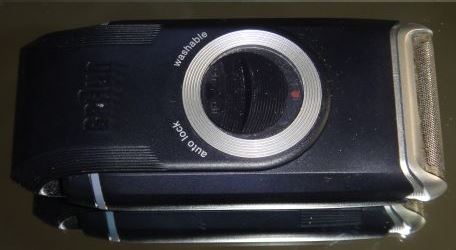 I originally used this one to travel with as it's small and inexpensive. It's battery operated (two AA's) and it lasts well enough over a few days but definitely doesn't last a week without replacing them. The shave is actually quite effective and because the foil is very narrow the shave is precise and the razor is easy to use. The foil and cutter block are separate and can be replaced independently, but you have to remember yourself whether they need to be changed.

Good for an emergency or when you need to carry something small and not too valuable, but overall not the best.

As we have Braun and Gillette I thought we should add a Wilkinson Sword manual razor. 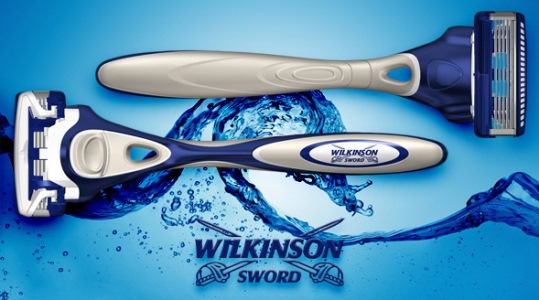 I'm not one for wet shaving as I find that my skin reacts very badly (basically I get terrible rashes), but after a while I find that an electric shave leaves a stubborn amount of bristle that only a wet shave can reach. This razor is more subtle than others and the five blades really seem to give a close shave but without too much skin irritation. The handle is easy to hold and use and overall this one works well.

Its Braun-engineered Power Trimmer is designed for ultimate maneuverability and effortless, even trimming. No matter what the angle, the three exchangeable combs adapt to your contours and keep trimming length consistent. And with the ergonomic handle, grip and control are guaranteed from start to finish. Once you’re done, all you have to do is open the trimmer’s door and easily rinse it under a stream of water.

When it comes to shaving, the head fitted with thinner, finer Fusion ProGlide Power Blade gives you Gillette’s closest, most comfortable shave. And its innovative Microcomb guides hair to the blade so you can get against the grain closeness, effortlessly.

On the back of the cartridge you can find the Precision Edging Blade. It gives you the ability to make crisp, defined lines and finishing touches. That’s the precision you need to master your facial hair style like a pro.

All Gillette Fusion Proglide Styler Razor components come packaged together in an organiser case, so your styling tools are always on hand." 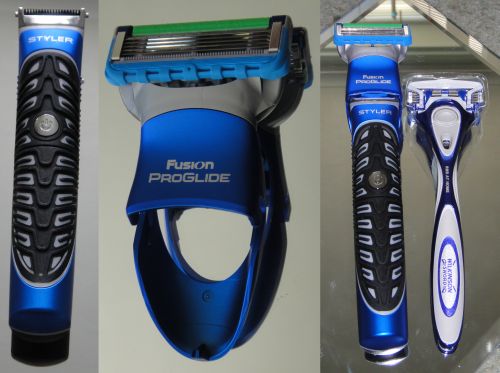 As you can see, the Gillette Styler, with its razor fitting next to the Wilkinson Sword manual razor, is larger and looks a little clumsy but actually it feels fine in the hand though, it is a little longer than you're used to.

The next pictures how the Gillette Styler with one of the combs in place and how it looks at the back. 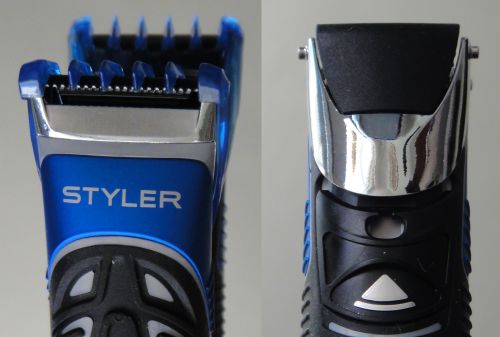 And these are the three combs that come with it. 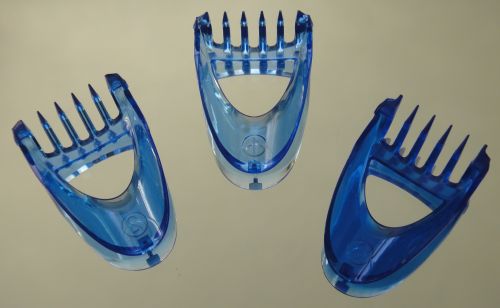 The trimmer is much better than the ones on the razors, much more precise and easy to use. It's much less harsh and doesn't cut your skin. The razor version isn't particularly easy to use, though the Gillette blades are very good. I haven't had opportunity to use the styler and, to be honest, I'm not sure I have enough hair to really give it a good trial.

We have 1436 guests and one member online