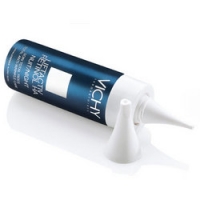 Vichy has launched a new skin care line, which promises to deliver the fastest and most powerful anti-ageing results the L’Oréal-owned brand has ever claimed.

Following ten years of research and seven patents, Vichy has discovered that by targeting the papillary dermis (a superficial part of the dermis made up of finger-like projections which extend towards the epidermis) with anti-ageing ingredients, it is possible to obtain exceptional rejuvenating results on ageing skin.

Using technology from the pharmaceutical industry, the brand found that rhamnose, a simple sugar derived from a plant found in Brazil and also found in the silver birch plant, used at 5% concentration reactivates the papillary dermis, or Derm Source as Vichy has marketed it, stimulating fibroblasts that have been affected by the ageing process, which in turn has resulted in a loss of skin elasticity and radiance as well as contributing to the appearance of lines and wrinkles.

The new line, LiftActiv Derm Source was tested in vivo and in vitro and has been found to increase pro collagen levels, strengthen the dermal/epidermal junction and increase epidermal thickness, helping skin to look smoother, suppler, plumper, more luminous and with a refined skin texture. The findings will be presented at the World Congress of Dermatology in May.

“The tests found LiftActiv Derm Source has the best anti-wrinkle results we’ve ever had,” said Cass Coulston, deputy general manager, Vichy. “We can target five types of wrinkle faster and stronger than ever before.”

A consumer test on 800 women found that after two months’ use wrinkles on the forehead and crow’s feet area were reduced by 20%, wrinkles around the glabella were reduced by 17%, under eye wrinkles decreased 15% and the neck area saw a reduction of 7%.

The range, which launches in April comprises a day cream in normal/combination skin and dry skin variants and a rich night cream. An eye product, serum and SPF product will also launch later in the year.

More in this category: « Joyous Protein-Rich Night Replenish Serum repairs damaged and ultra-dry skin by nigh Candy coloured shades for your eyes is the trend of this season »
JComments
back to top

We have 2048 guests and one member online